I’m of an age where we used to get shots at school. They lined us all up in the multi-purpose room for measles, mumps, and rubella. Anticipating my turn behind the curtain was dreadful.

You know the old saying that God never gives you a challenge you can’t handle? Well, sometimes he gives it to you again and again until you can handle it.

About fifteen years ago our cat got sick. Kidney disease. Looked very bad. But we lived near UC Davis, which has an excellent Veterinary school. So we took him in and got enrolled in a study of a new treatment. It was great for Nic (the cat), but it required that we give him shots every day and pump fluid into his body by putting a needle under his skin.

It took me a very long time to get used to that. It didn’t hurt the cat. In fact, he didn’t care much at all. And it dramatically improved his health and lifestyle.

I’d say he hated rice-based food much more than he hated needles.

So I twitched and squirmed about the needles, but he was okay.

The next challenge was having a child. When Victoria was born, one of the first things they did was to take some blood. I was not prepared for this.

We read all the books on how to have a successful pregnancy, and what to do the first year. We thought we knew everything, week by week and month by month, before and after delivery.

But they didn’t tell us that they were going to stick a needle into a brand new baby who never did anything to anybody. I was very upset.

And then, over the next several months, she had to get shots and more shots. At one point she got three on side and three on the other.

Stop sticking needles in my baby!

Anyway, I’m not a needle person.

But after enough years in Sacramento I developed severe allergies. Severe as in throat closing, swelling up, and dying. So what do they give me? Shots! Allergy shots!

I started out with daily shots. One on the left arm, one on the right. Then three times a week. Eventually it went to one time per week.

This went on for three years. The weird thing about allergy shots is that they stop. The goal is to train your body to take care of itself. Which is cool. So after three years, the shots stopped.

In three years, did I get used to shots? No.

So God says, “Let’s take this to the next level.” What could be worse?

I have Rheumatoid Arthritis, an immune disease. One of the common patterns with R.A. is that treatments work for awhile and then become less effective over time. So I go through this treatment and that treatment.

Finally, they tell me that I need one of the new “miracle drugs” called Enbrel. Great.

Except it’s an injectable.

Which means there’s a needle.

And you have to inject yourself.

So now, every Tuesday and every Friday I poke a needle into my stomach.

Enbrel has been a miracle as far as the R.A. is concerned. But I still can’t get used to the needle.

And I’m a little afraid. What happens when I *do* get used to the needles? What has God got in mind next?

When they say God never gives you a challenge you can’t handle, they need to make clear that “handling” it and handling it well are two different things.

I guess I’m pretty lucky. If I could get rid of just one thing in my life, it would be the needle in the stomach. Which means the rest of my life must be going pretty well! So I guess I can handle the needle. 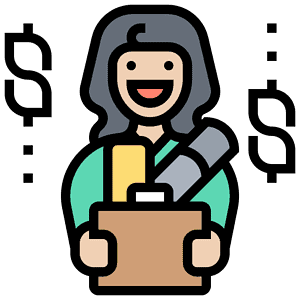