What Gets Measured Get Done

I’m sure you’ve heard the old truism: What Gets Measured Get Done.

Once we start applying this idea, we do indeed find a lot of truth in it. If you want people to show up on time, start keeping track of when they show up. Give them feedback. Poof: ontime stats go up.

But when we measure something, we often create unintended consequences. Here’s a great example you may have experienced.

Many call centers want the telephone answered promptly. So they put a new measure in place: How quickly is the phone answered? But here’s what happens: a customer service rep hears the phone ring. He interrupts the call he’s on and says “Will you hold, please?” Then he picks up the ringing phone and say (in less than one half second) “Hold please” and put that call on hold. Then he resumes his original conversation.

If she were to look at the actual behavior, she might decide that it’s okay (based on caller feedback, one hopes), or she might say “That’s not what we wanted at all.” In either case, she needs to be aware of the unintended consequence of measuring a specific behavior.

In small companies especially, lots of people just know what needs to be done and they do it. So we only institute measures when we need to consciously make a change. Smaller companies have a good sense of the goals and the mission and the direction that things need to go. There’s not much confusion, generally speaking.

In larger organizations, if someone were to say that they want a little more focus on customer service, there would ensue a lengthy discussion. What is customer service? How do you measure it? Point to a thing that needs improving.

In smaller organizations, it’s easier to just have a sense about how things are going. Actually measuring behaviors might not contribute anything to the discussion.

As one of my companies grows, we are considering handing some budgetary authority over to one of the managers for the first time. I’m reluctant to do this, even though it is the next logical step. Budgets are a very natural way to measure things. How much did we spend on x and y and z?

But budgets can be used to make bizarre and irrational decisions. Just look at state governments. They make labor cuts “across the board” and thereby make programs completely useless. [Editor’s note: Please look through your local newspaper and insert an appropriate example here. It won’t take very long to find one.]

I’m concerned, for example, that once a manager starts looking at a budget, he’ll zoom in on labor. Labor’s the biggest expense in our budget. But we don’t have any problems with labor. We don’t have excessive overtime. I don’t want to artificially hold down raises. Overall, I don’t see a need to change anything.

But once it gets measured . . . something will happen. Another truism is that the act of measuring something affects the thing that’s being measured. This is true in science and even more true in human behavior.

So here is the rule with it’s two correlates:
Rule: What gets measured get done.
Cor 1: Once you start measurig something, you’ll see unexpected consequences.
Cor 2: Just because something’s not being measured doesn’t mean it’s not being done.

As a behavioralist, I’m eager to make changes and see what happens. But I’ve learned that you need to observe more broadly than the one thing that needs to change. 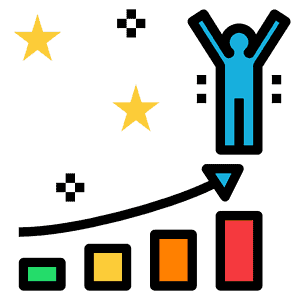 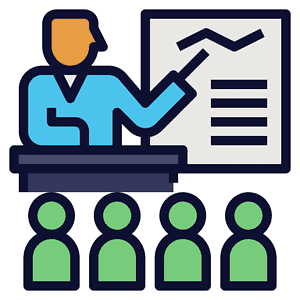